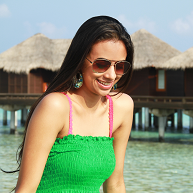 Women tend to see only what they want to; is this detrimental to their relationship success?

It can be hard to admit that your relationship just isn’t working. If you notice a red flag, do you drive on by or pay attention?

Between an unwillingness to admit there’s a problem to a fear of never finding someone new, there’s a lot keeping women in red-flag relationships. Watch the video above to learn more!

(00:18):  Lots of women start to see red flags early on in relationships and they don’t act on them. They go ahead sometimes as early as when they’re engaged. They see these red flags and they keep going. How can we teach women to trust their gut, trust their instincts and actually do the right thing in the beginning?

(00:31):  Great question. The red flags are there from the very beginning. People just proceed in the relationship and get to the engagement phase or even get married ignoring them. They become black flags at that point, and literally it’s right in front of your face. People are ignoring what’s staring at them – the reality. People want to find happiness. We’re good-natured and good-intentioned souls as human beings. We want to believe in the goodness, I think, of other people.

You have to really know what the red flags are. You have to have an education. It’s the same way about signing a contract and knowing what your expectations are from each other in a relationship. You also make notes, pay attention. He or she said this. We went to this place. This rubs me the wrong way. Go back and revisit in three months if you’re getting that same feeling again. See if it’s there.

(1:48): I think a lot of people just stay because it’s easier. It’s a lot of time invested. You invest all that time, and then sometimes it’s embarrassing to try to get out of a relationship. Sometimes you just don’t feel that you’re going to find somebody else. You put all this time in already, so let’s just go ahead with it and see what happens.

(3:24):  Going back to the change thing. I really feel more so with women than men, they feel like, “When he loves me more, when this happens, this will change.” Really, I think it’s sort of fundamental stuff. I think people change, but people have to change because they want to change. They don’t change because their spouses want them to change or that somebody else wants it.

It can’t be externally driven. You can externally support it if someone internally is motivated to change. You really can’t want it for somebody else if they don’t want it for themselves. The change thing is fundamentally important to realize. I think that we all owe it to ourselves and the people that we’re in relationships with to either accept them as they are, or let someone who can appreciate that or deal with that be with that person.

If it’s something fundamental, such as substance abuse issues, let that person deal with it. You can possibly support them if they’re internally motivated to doing it, but don’t think that you’re going to be the person, the woman, who’s going to fundamentally change something.

(3:36): How can we help women to have the courage to act on these gut feelings? Some things are really obvious. If he’s cheating, it’s probably not a good relationship, right?

(3:46):  When that’s happening, a lot of these things like an engagement at this stage, are very subtle. It’s like his anger peeks out or he’s funny with finances or something. It’s subtle things. How can we teach women to trust their instincts and their gut so that when she senses these things, she knows to go to somebody trusted and talk about it? She doesn’t just brush it under the rug and just say, “Well, I better not tell anybody. This is kind of embarrassing.”

(4:11):  Well, that happens. I think that’s why people sometimes don’t. It’s because they don’t want to hear. In my book, I give a list of things that you might be afraid to do. You don’t want to hear your best friend say, “This guy sucks. He’s not for you.” People don’t want to hear that. They get latched on. Then here comes that wedding train. You get on that, it’s hard to jump off.

(4:41): Women need to be educated to have the courage to say when they see even a yellow flag, make note of it. Be conscious as we keep going back. Be aware of your own self and your own life. You’re in charge of yourself. Why not want that for yourself? Why not be aware? Why would you say, “Yes, I’m going to allow this behavior?” It is a very conscious and aware part, but women need to get to that part.

(5:05): It sounds like when it comes to red flags that there’s a bunch of them that we could all pay attention to. Women watching could really use it to learn from. Men don’t change. If you see these signs early in the relationship, you need to pay attention and get some help. If you’re struggling with it and can’t figure it out, find a trusted friend or a therapist. At the end of the day, however, don’t wait. Pay attention and listen. It’s the only way you’re going to avoid this becoming a big problem in the future.

Women Ignore Obvious Red Flags – Why do you think it is so? Share with us in the comments below.
_____