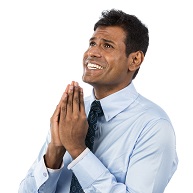 Check out the video above to learn about ‘How to Deal With Rejection?’

(1:05): First of all, you don’t know if he’s the perfect guy. What I tell my coaching clients is that you want a man who is excited about you. He’s excited about you exactly as you are, with all of your imperfections. Who wants to date someone who’s not excited about them?

(1:37): I completely agree with that. But how do you handle that? As a matchmaker, how do you coach someone through that hardship?

(1:46): One interesting thing is that men I’m matchmaking will like someone. They’ll go on a date. He’ll say, “She’s fantastic but I don’t know yet. Let’s throw someone else into the mix.” Then I’ll have another introduction. Whereas, the women will often call me and say, “Hey, Marla. My date with Brad last night was absolutely fantastic. He’s the one. You don’t need to match me up with anybody else anymore.” I say, “You had one date.”

Date like a man. Go out with some more people. That way, you don’t have that charge on that one person and all of your hopes placed on that one person. If he doesn’t return the feelings, you can say, “I’ve got a date with Mark next week and Scott the next week.” You can keep that energy flowing. That takes a little bit of the emotions off it.

(2:30):  Showing them their other options is exactly right. I think one of the best ways to help that client is to show them how many options there are out there. If it’s a woman, show her the abundance of great guys out there. Options are key. Realizing that there are options is key.

(2:47): They’ll keep themselves busy, engaged and excited in life so that they’re not just putting their hopes on this one person.

(2:51): If it’s a first date and someone feels that way, that’s likely to be a lot of projection. It’s a fantasy guy.

(3:23): The most critical heart-breaking emotion in the history of the world is rejection. If you’re talking to somebody who has been rejected, no matter how many options we give them, it doesn’t really matter. They have to endure that pain and loss. Rejection is a very difficult piece of our whole business.

Give that person some space to talk about how they feel having been rejected by somebody. It doesn’t mean that it’s going to happen next time. Let them know that you really appreciate what a hard thing it is to have to go through right now, especially if they thought that person was for them. It doesn’t matter their reason.

(4:17): The question is around what happens when a client falls in love with someone on a first date. We know that’s a bad question. You can’t fall in love, but you can fall in lust. The only thing you can do is let that person know that you are on the date with that you are interested in them and that you had a great time. That is the best and most effective strategy you can have.

How to Deal With Rejection – what do you think? Share with us in the comments below.