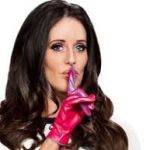 Check out the video above to learn about ‘Millionaire Matchmaker Patti Stanger’s Myths Debunked.’

(00:24): Ladies, you really look good. We are all matchmakers. That’s what we have in common. We know that Patti Stanger, the Millionaire Matchmaker, without question put our profession on the map. I’m sure you’ve all seen at least one episode. Do you think that her show represents our profession? Also, what myths would you debunk for a prospect wanting to become a matchmaking client? What myths are out there about her show that you believe are not the case for a real matchmaker?

(1:19):  Paul, I’d love to add a cultural angle to this. Our clients are South Asian. What I find with Patti’s show is that there’s almost a presumption that, if someone is coming to her and hasn’t found love, there’s something wrong with that client. Otherwise, why would they be coming to her?

(2:04): These reality shows are not “reality.” It’s entertainment. Keep in mind, these shows are cast. These shows are ramped up. I love her advice. I love a lot of things on the show. For instance, if you come into one of us, you’re not going to get yelled at. We’re not going to say, “You’re a redhead. I could never match you.” or “You’re not good looking. You need to lose 30 pounds.”

(3:00): I think people are more aware now of what a matchmaker does and that we’re out there. But I do find that, when people come to meet with me, they’re scared. Women come to me and they think I’m going to rip them up the way Patti does.

They’re actually nervous. Then they meet me and say, “I’m so glad. You’re so much nicer than I thought.” It happens a lot. I’m not going to criticize someone and tell them what’s wrong with them. I’m going to try to accentuate what’s right. If there is something little that they can change, I’m going to say it in a nice way so that they can feel confident about dating. I don’t want anyone leaving me feeling worse about themselves.

(3:43): How do you feel about Patti’s harsh stance? Also, do you ever bring out any evil whoop-butt on your clients?

(3:54): I’m straight and very candid. I’m not evil. “Evil” isn’t in my vocabulary. But people need to hear things that are not easy for them to hear. It’s about being able to say those things in a way that is not offensive, but you still have to say them. Patti hasn’t learned that yet, so she’s offensive. I think that piece is not something I personally am proud of.

Millionaire Matchmaker Patti Stanger’s Myths Debunked – what do you think? Share with us in the comments below.